Royal Expedition to the Royal Rajasthan

Be dazzled by India’s colorful interior on an exploration of its rich history and heritage. Explore sprawling palaces in the imperial Mughal cities of Agra and New Delhi, then meet the elders of a traditional village and peruse the markets Bikaner’s old city with a local expert. Each day brings a new twist of the kaleidoscope—and a brighter understanding of this amazing country.

Why you’ll love this trip

Welcome to India! Today begins your journey through this incredibly diverse and sensational country. Upon arrival at the Delhi International Airport you will be warmly greeted by our representative who will assist by transferring you to your hotel. Take the evening to relax and prepare for your first day of touring tomorrow.

Today we enjoy a full day in India’s National Capital Territory. Time travel truly seems possible here, as we wander from the modern metropolis of New Delhi to the ancient neighborhood of Old Delhi.

Your adventure begins with a morning welcome meeting led by your Ambassador. Following the meeting we’ll begin our sightseeing tour of Old Delhi, a positively remarkable area dating back to the 1600s.

Our tour begins at the Jama Masjid, one of India’s largest mosques, which stands across the road from the historic Red Fort. This glorious mosque was commissioned by Mughal emperor Shah Jahan, who also commissioned the Taj Mahal. Built with red sandstone and white marble, Jama Masjid can accommodate up to 25,000 worshippers.

Next, we will experience an exhilarating cycle rickshaw ride in the busy market area of Chandni Chowk. Within the market’s narrow lanes, the traditional workmanship for which Delhi is famous is still very much alive. Originating from the times of the Mughal Empire, it is said that the descendants of royal chefs still work in the market.

Later, we will visit the Gurdwara Sis Ganj Sahib, a magnificent place of worship where we will learn about the history of the Sikh religion. In transit back to our hotel we will stop at the India Gate, a war memorial dedicated to the Indian soldiers who died during WWI, as well as Rashtrapati Bhavan, the official home of the country’s president.

This evening you’ll have the opportunity to mingle with your fellow travelers as you enjoy a lovely buffet dinner at the hotel.

This morning we depart Delhi and travel onwards to Agra, arriving in the late afternoon. This magnificent city is home to the iconic Taj Mahal. En-route stop at the Agra Fort, the main residence of the emperors of the Mughal Dynasty until 1638, when the capital was shifted from Agra to Delhi. We’ll visit the Taj Mahal at sunset, a truly magical hour, and witness this flawless architectural creation as it becomes awash in an ethereal golden light.

This evening we’ll jump on a ‘Chaat Crawl’ through the city thought to serve up the country’s best. Chaat are savory snacks (like fried potatoes, or samosa broken into pieces and served with chutney) typically served roadside from stalls or carts; it is the Indian equivalent to fast food.

Take a walk around the ‘Pink City’ of Jaipur. Get among the crowds of the city’s bazaars to shop for artisan goods and semi-precious stones. You’ll head to the Old City to meet your Walk Leader. The walk aims to bring alive all the diverse elements of city’s living heritage. Whether traditional temples, monuments or living craft and culture, or tradition cuisines like sweets making. The entire heritage of people, culture and architecture becomes appealing through the process of walking leisurely and engaging with the community. Our unique Walking Tours with immensely experienced Experts will present you a rare glance into the rich history and culture of these fascinating cities, that only walking can give. Lunch will be served by local family in Jaipur, which will feature a traditional Rajasthani dish. Typically, we’ll have the opportunity to dine with multiple generations of the family, offering insight into the varying viewpoints within society. As they share the details of their lives with us, we’ll gain a more authentic perspective on what it is really like to live in India. After the tour, you’ll have further free time to spend as you wish.

This morning, take a rickshaw to Hawa Mahal, also known as the ‘Palace of the Winds’ for Photo ops. In the afternoon, visit the Amber Fort, an excellent example of Rajput architecture. The Sheesh Mahal inside the fort is a must-see. As the walls are completely covered in little mirrors, the hall illuminates with the light of a single match. Explore the courtyards, gardens, and buildings that make up the City Palace. Located in the heart of the Old City, it is a striking blend of Mughal and Rajasthani architecture. Visit the palace’s museum to look at ancient carriages and the former maharaja’s gold-embroidered wedding outfit. Visit the Jantar Mantar observatory to see how people looked at the stars and planets in ancient India. Explore the collection of astronomical instruments housed there, some dating back to 1727. In the evening, head to an uptown rooftop restaurant to enjoy the view and dinner.

Travel to Alsisar, located in the Shekhawati region and uncover the artistic heritage of the area. The semi- arid village of Alsisar is painted with legendary stories with its many hand painted havelis. Our accommodation for this evening is the breathtaking palace of Alsisar – Alsisar Mahal – built in the 17th century. With its grand courtyards, colourful dining arcades and heritage rooms it will certainly be a highlight of your trip. You will love the pool!

Explore traditional markets in the old city of Bikaner with a local expert. Learn about the age-old traditions of bartering and trading tea and spices and how modern business practices are still influenced by the old caravan routes. Later, visit Junagarh Fort and the infamous Karni Mata (rat temple) where rats are revered by the locals. Don’t have a liking for rats? opt to stay out and enjoy the beautifully carved doorway and the small market nearby.

Today you will wind along a remote desert road to the yellow sandstone citadel of Jaisalmer (approximately 6.5 hours) by a local railway locomotive. Explore the snaking alleyways of Jaisalmer which are filled with markets and intricately carved houses. Houses, temples, and havelis are very different from what you would find in other regions of Rajasthan. Do not forget to watch the setting sun’s reflection on the fort. Enjoy another Heritage Property stay tonight.

Enjoy further time exploring the immense Jaisalmer fort today. Within the fort itself is a maze of houses, temples, shops and restaurants, not to mention some 3,000 permanent residents. Track down some dazzling Rajastani fabrics, marvel at the spectacular facades of the Patwa ki Haveli and Salim Singh-ki-Haveli. Or you may wish to simply wander the labyrinthine paths and soak up the atmosphere. As night falls you will visit a local family’s home and partake in a special evening of traditional Rajasthani food.

No trip to Jaisalmer is complete without a desert safari, so today you’ll experience one of the unforgettable highlights of your adventure. Your camel safari (approximately 1 hour) out to the pristine sand dunes of the Thar Desert is an adventure you’re unlikely to forget. Visiting some small villages along your travels, your day culminates with a relaxing dinner by the campfire. Cap it off by camping out under the stars, falling asleep to the desert ambience in your comfortable permanent tent.

Take an orientation walk around town, then opt to visit the Mehrangarh Fort. Travel eastwards to the centrally located metropolis of Jodhpur, the second largest city in Rajasthan. A large and varied city, Jodhpur is sometimes called the “Blue City” for the many houses painted that color. At Jodhpur, stark desert landscapes meet a riot of palaces, forts and temples, all enclosed within imposing city walls. Six enormous gates provide entry to the city centre and overlooking it all stands the imposing shadow of Meherangarh Fort. Once we arrive, we take an orientation walk of the city

Journey southeast to the city of Udaipur and get to know the Old City on an orientation walk.

Continue your journey southeast to Udaipur, famous worldwide for its plethora of breathtaking lakes and Raj- era palaces. Most famous of these, and certainly the most photographed, is the Lake Palace, an island- palace where the white marble buildings entirely cover a small island in Pichola Lake.

Enjoy some time exploring the atmospheric laneways of Udaipur. You will also visit the City Palace while you’re here, one of the largest royal palaces in India. This structure took 400 years to build and hosts a range of treasures and antiquities, from vivid murals to royal utensils. Spend your free time today exploring the streets as you please, or perhaps venture further afield into the rolling hills. A boat ride across the water is a great way to see this impossibly charming townscape from another angle.

After a free morning, take a flight back to Delhi (approximately 1.5 hours, arriving at around 5.30 pm). You’ll be collected and transferred to your hotel. Enjoy an evening of free time. You can continue to explore Delhi, arrange onward travel or simply relax and unwind. If you are staying longer, there is much to see. Raj Ghat is a monument that marks the spot where Mahatma Gandhi was cremated. It is now incorporated into the National Gandhi Museum. Hauz Khas Village is a great place to escape the hustle and bustle of downtown – it’s a hip artistic enclave set amid an interesting historic site.

Your trip has come to an end. 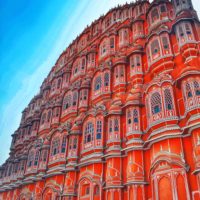 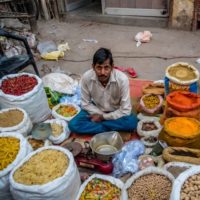 Bazaar visit with your hosts

Our itineraries are updated regularly throughout the year based on customer feedback and to reflect the current situation in each destination. The information included in this Essential Trip Information may therefore differ from when you first booked your trip. It is important that you print and review a final copy prior to travel so that you have the latest updates. Due to weather, local conditions, transport schedules, public holidays or other factors, further changes may be necessary to your itinerary once in country. The order and timing of included activities in each location may also vary seasonally to ensure our travellers have the best experience. Your tour leader will keep you up to date with any changes once on tour. 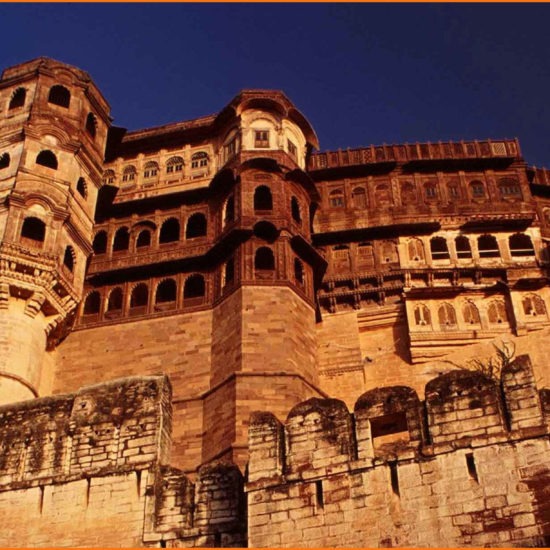 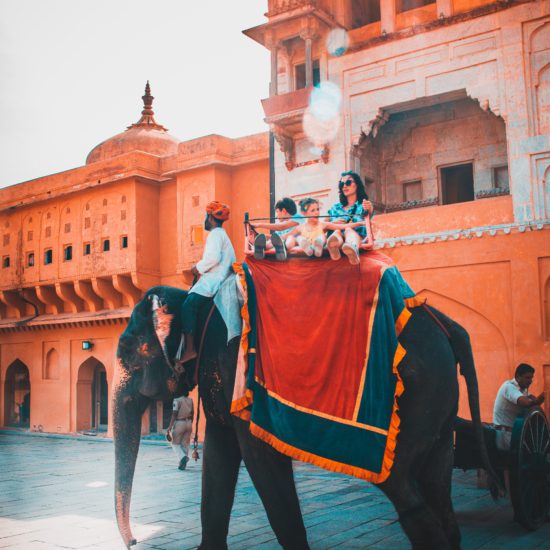 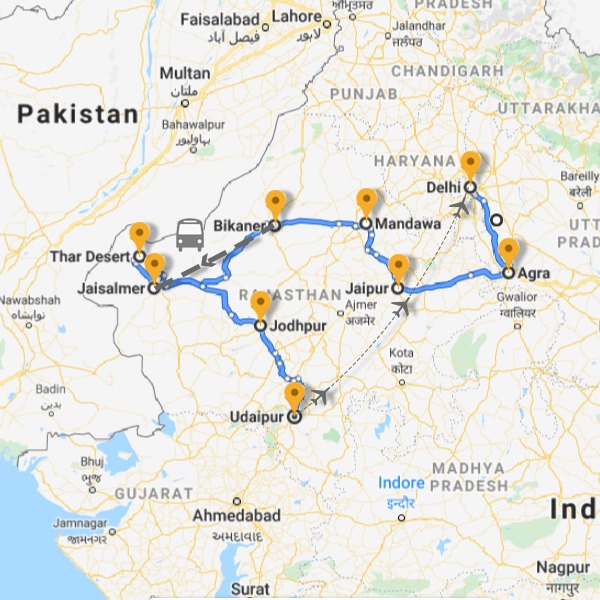 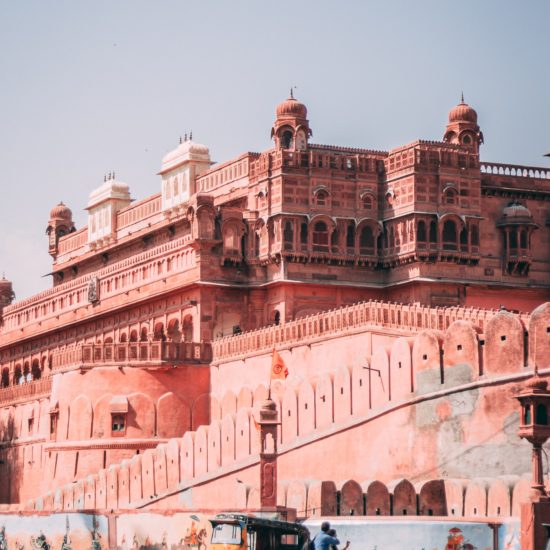 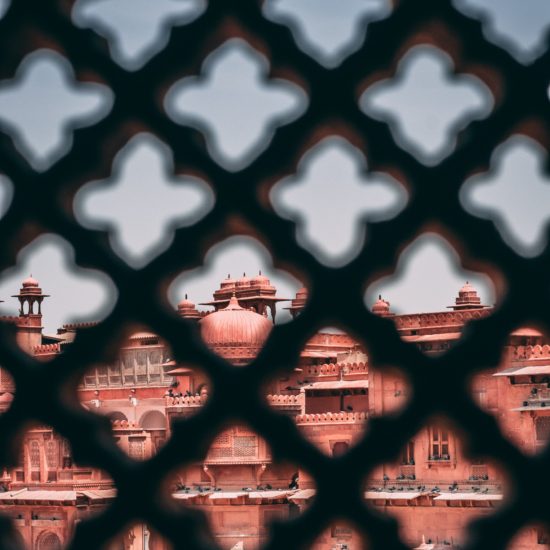 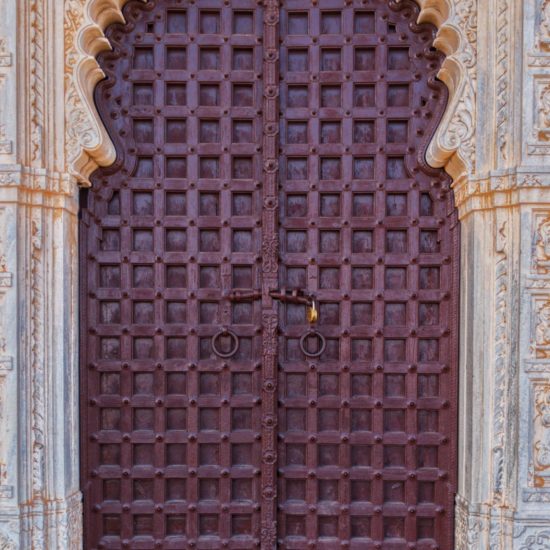 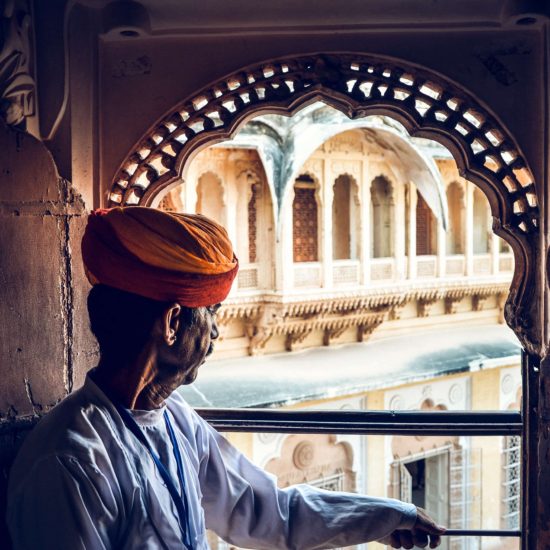 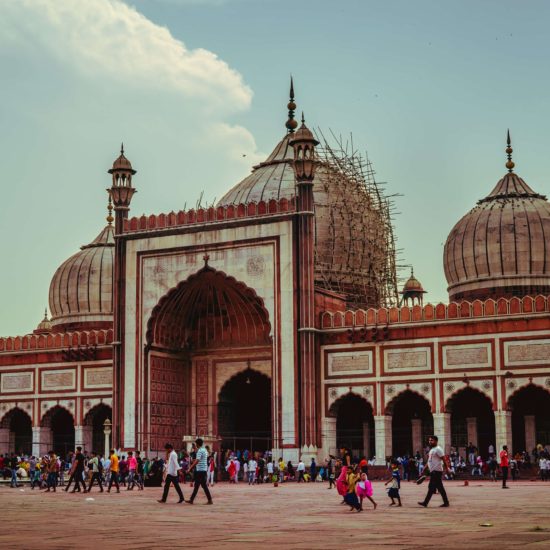 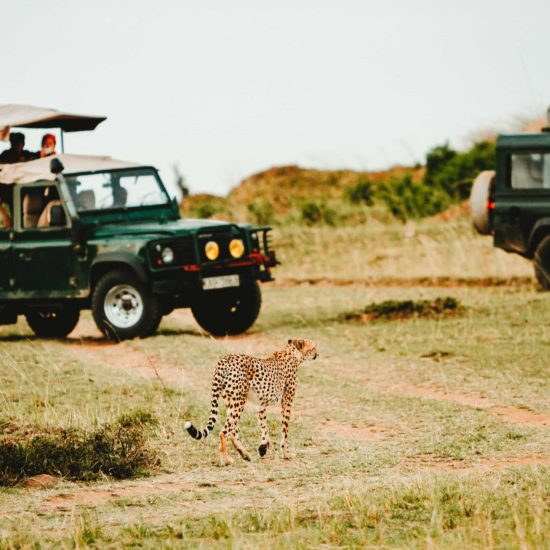 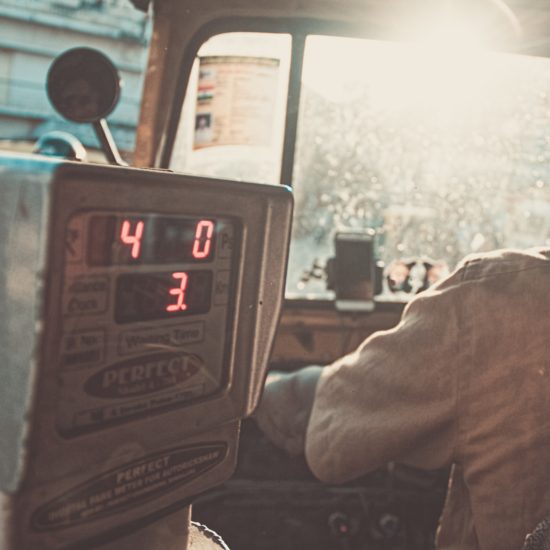 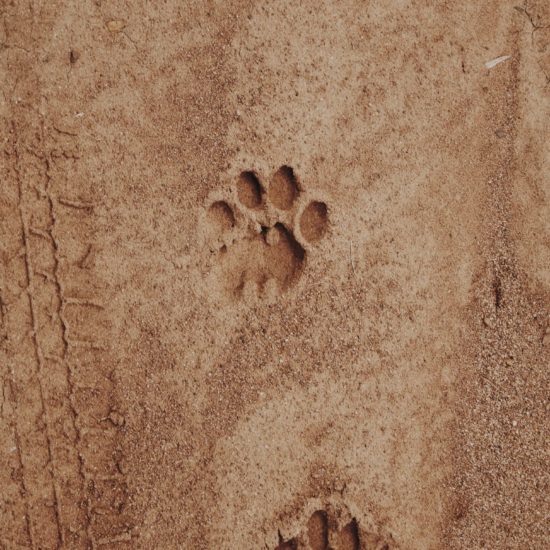 Want to Customize your trip ? Lets have a cup of coffee and Discuss.

Please Leave us a Message.