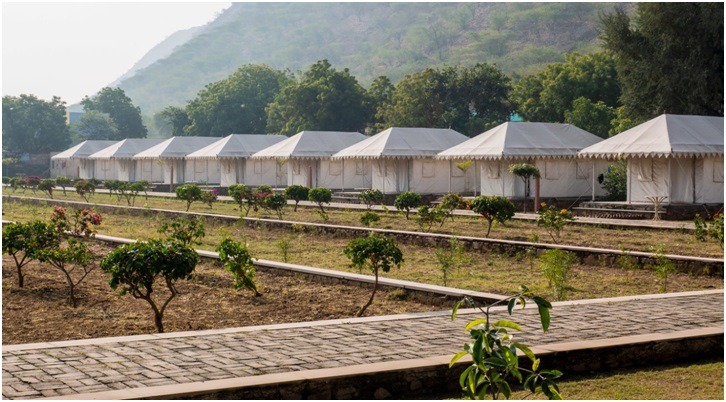 Dhula Bagh – A day with the Locals!

After Agra, we were set to depart for Jaipur but not before a night’s stay in Dhula Village, a small village in rural India on the route between Agra and Jaipur.

We arrive at Dhula Village in the late afternoon. The first thing we noticed was the sheer silence that surrounded us. Not a horn to speak of. Bliss. The grounds were beautiful and as the sun began to shine. The unique element of our stay in Dhula Village was the accommodation at Dhula Bagh. We stayed in large tents, more glamping than camping, complete with beds and their own bathroom including a proper toilet! Impressive!!

After a wander of the grounds and a short relax in our tent, we all regrouped for dinner, a buffet of curries and breads made from their own home-grown produce. It was delicious and some of the best curry we have eaten so far in India. The evening was rounded off with a lovely a campfire, a well-earned relaxing evening after a hectic few days.

A bike ride through the main village and around the surrounding areas was an optional activity which James did but I decided to walk with a few of the others to the village instead. The locals were very welcoming, friendly and always waved and said hello.

Tucked away in the Pali distri...

Please Leave us a Message.